Over the summer we took a day trip to Niagara Falls USA. We went right before the 4th of July because usually any time after that the park is mobbed, no matter what day it is. After 9 years of working of there I thought I had it figured out, but we were wrong! It was still pretty crazy, even on a Wednesday afternoon!

The day trip had two parts, one because I really wanted to go back and see all my old co-workers and two because I figured Ada would really enjoy some of the activities there, since she loves the water so much!

We all took a half day from work and school, and left around noon. Usually the later in the day the crazier it gets, to take full advantage you should plan on getting into the Niagara Falls State Park right when it opens at 9am. Hit the majors like Maid of the Mist and Cave of the Winds right away!

Our first stop was the Niagara Falls USA Visitors Center, my old home! We spent a good hour there talking with everyone. I picked a good day because almost everyone was there and it was so nice to catch up again!

My plan was to try and do both the Maid of the Mist and the Cave of the Winds, then head somewhere for dinner. The lines were much longer then we expected and since it was nearing 2:30 by the time we headed out, we only had time for one thing. I chose the Cave of the Winds because it always has been my favorite thing!

The Maid of the Mist is a classic, its a famous stop that if you’ve never done it you should! But since we have, I decided the cave would be more fun for Ada. Of course she was tired of walking before we even got to the attraction, so she was piggy backing it early! 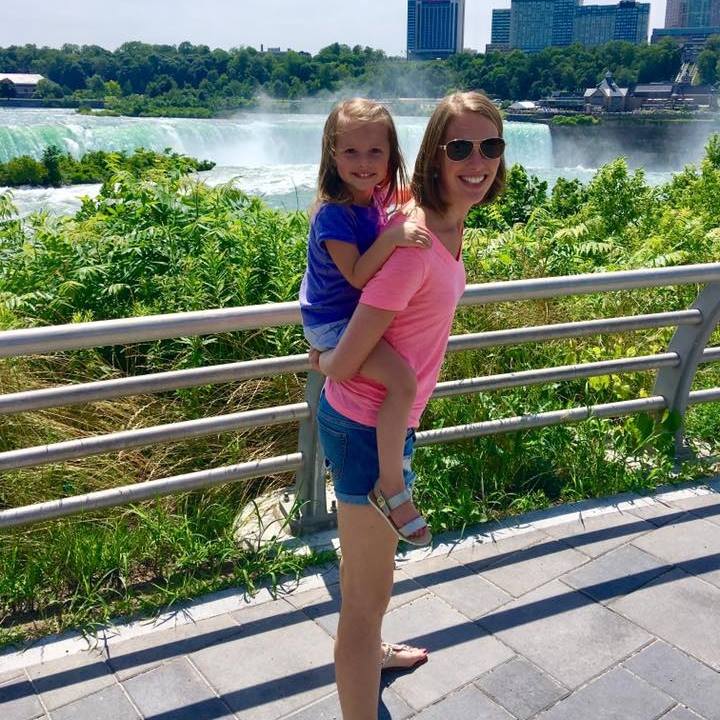 The line at the Cave of the Winds took us about 20 minutes to get sandals and then another 20 to get to the Elevators, (Tip: if you can, don’t stop to sit on the benches and put your sandals on, grab them and keep moving. There is usually time while you are standing in line to put that stuff on and you’ll get a jump on all those people who stopped).

Ada was a little hesitant about all that water at first. She stayed close by and when we got to the top she wanted nothing to do with it. I was so surprised that she was so nervous.

The very top of all the stairs is called the Hurricane Deck, we stepped to the side when we got to the top because we were in a lot of peoples way. I let her just stand by me and watch everyone for a few minutes and then all of a sudden she wanted to head in, and I mean ALL. THE. WAY. Something I wasn’t prepared to do and I didn’t really want to get that wet, but that’s the best part about having kids, they force you to do things sometimes that take you out of your comfort zone! So we headed in and got wet, really wet, and it was SOOO much fun!

I love my little travel buddy so much! I’m so happy she was willing to step back, watch and then dive into something new. We had so much fun, even though it was literally the only thing we had time for. 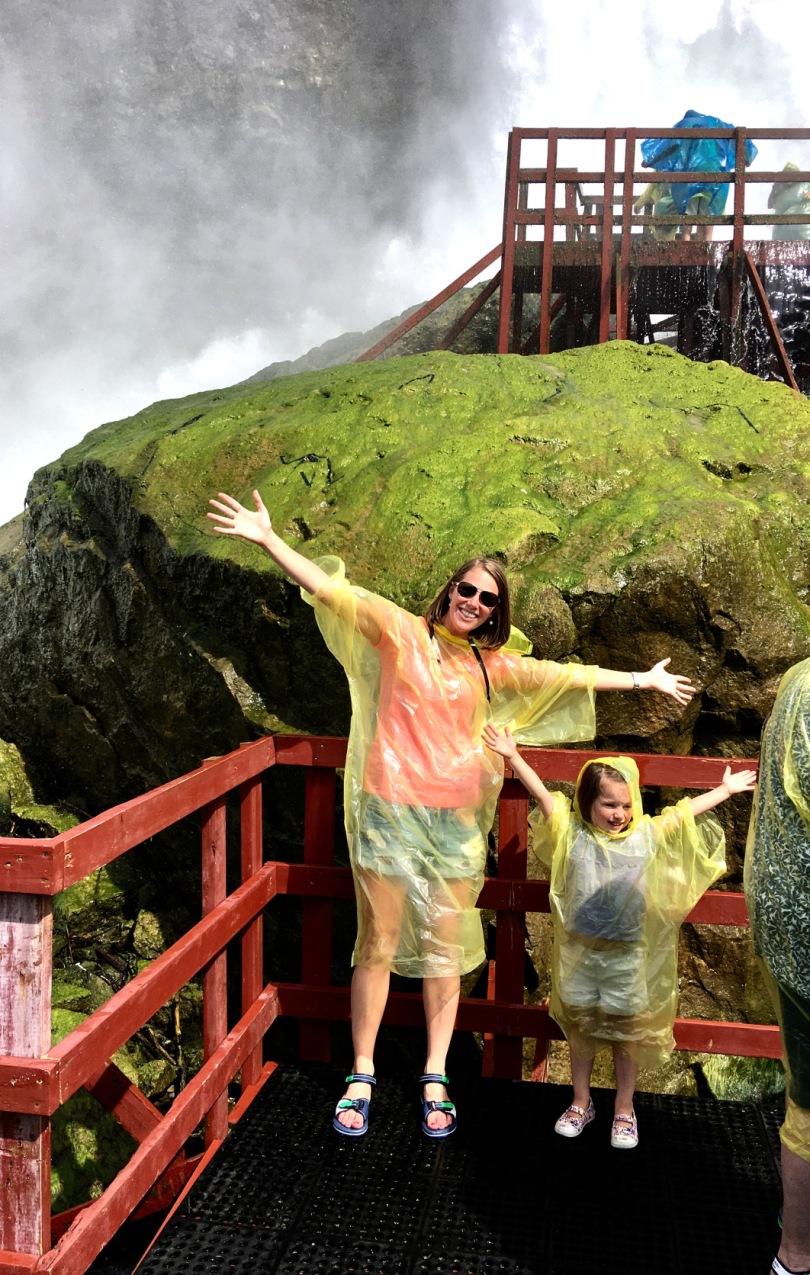 We went to dinner at Bella Vista Ristorante, inside the Four Points by Sheraton Hotel. Its right on the waterfront and since it was only about 5:00pm it was still pretty empty. The view was incredible and the food is really good, lots of Italian dishes to chose from.

They do a lot of weddings there right on the waterfront, and have an amazing ball room that overlooks the water. After dinner, we took a walk down where they do wedding ceremonies and strolled the docks right along the water.

We had a super fun family day! Its always fun to be a tourist in your own backyard. The Niagara Falls State Park has so much to do, people tend to think that because there are only 4-5 attractions right there that its not enough to keep the family busy, but we spent one afternoon and did one attraction and dinner, it was more then enough for our family and we very easily could have come back and spent 2 or 3 days there trying to get everything in. Niagara Falls USA has so much to offer families, and with it being so close to my heart, I’ll be taking my family every year to remind us that we have a truly special gem right at our finger tips.